This report aims to add to the body of research and information on urban poor settlements in Phnom Penh. There have been several major studies that have been conducted on the urban poor and their dwellings in Phnom Penh’s inner and outer Khans. Using various methods, these studies have collected data on urban poor settlements and families, information on evictions and threat of eviction, land titling, and land categorization as well as general socio-economic conditions.

The number of Urban Poor Settlements has been decreasing from 410 in 2009 to 340 in 2014 and 277 in this 2018. Settlements have decreased for a variety of reasons, including development and eviction to elsewhere, and Phnom Penh’s current 277 urban poor settlements still face many challenges especially as the majority of them don’t have land titles, documentation for land titles, or access to land rights information. Further, nearly half of all urban poor settlements are located on or near canals, lakes, or rivers, which are state public land and can not be privately owned. Thus, many communities are susceptible to eviction and live with tenure insecurity as a daily fear. 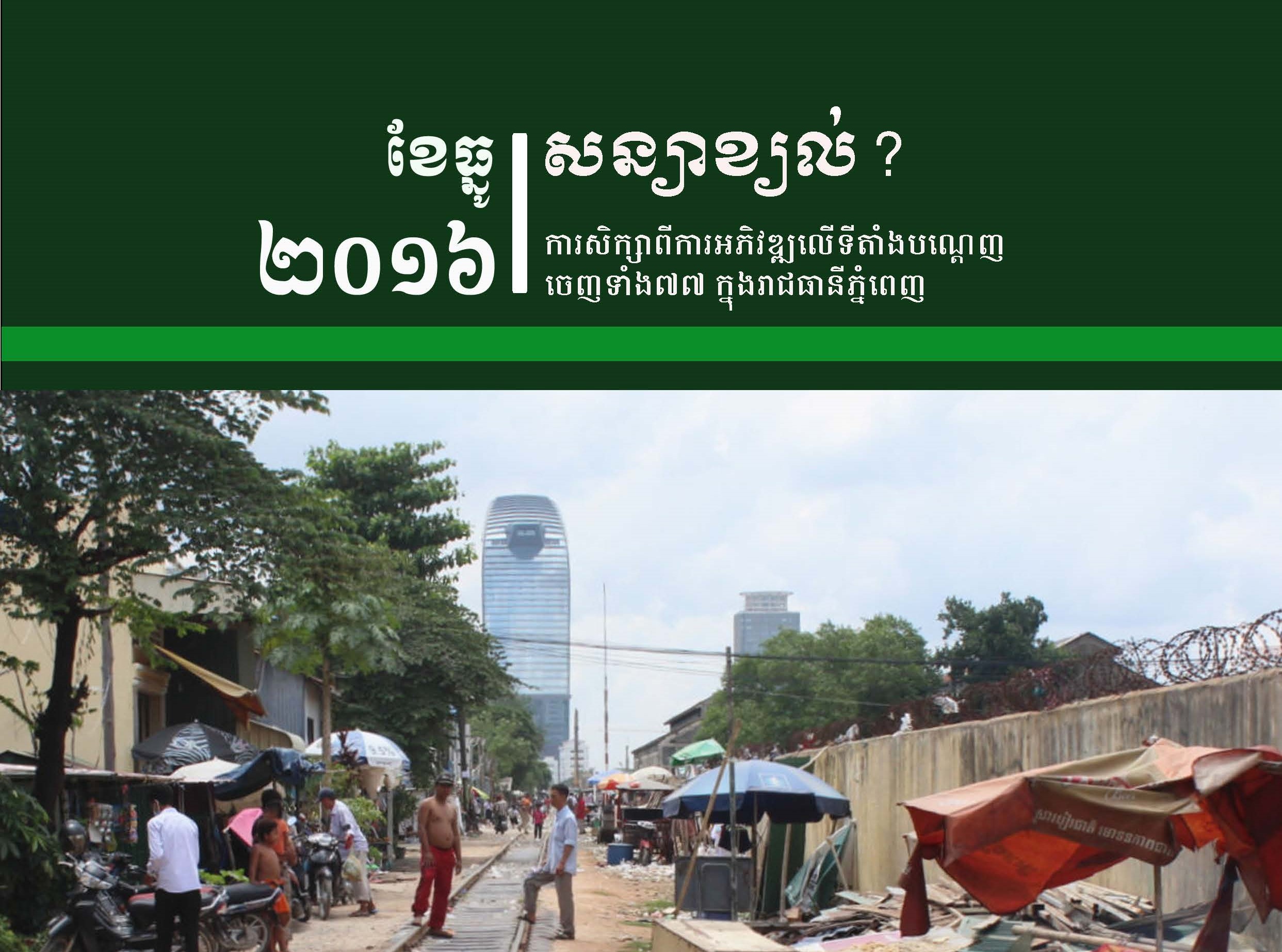 Promises Kept: A Study of the Development of 77 Eviction Sites in Phnom Penh 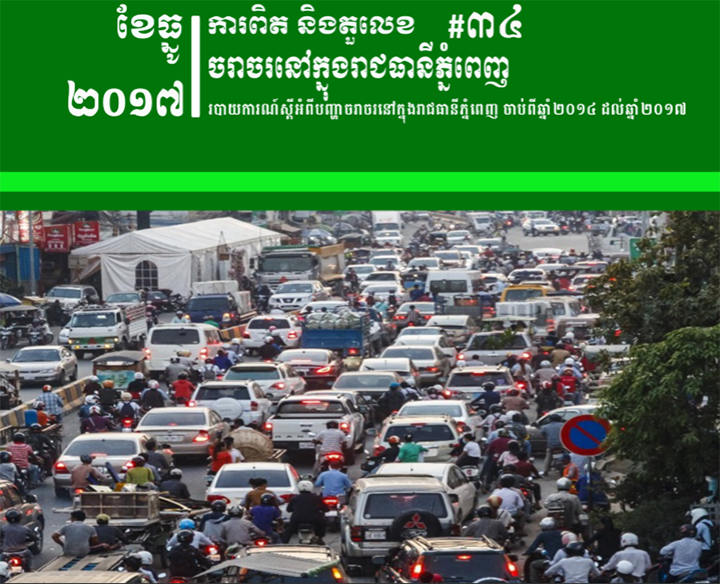 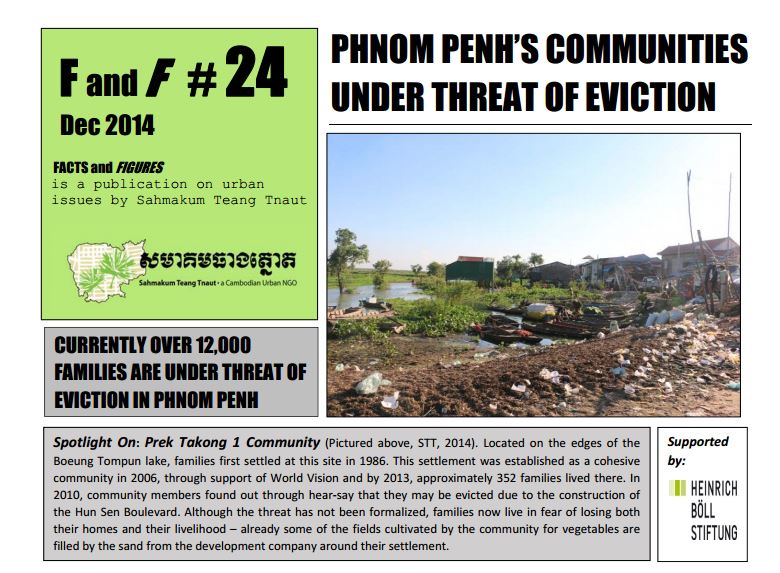 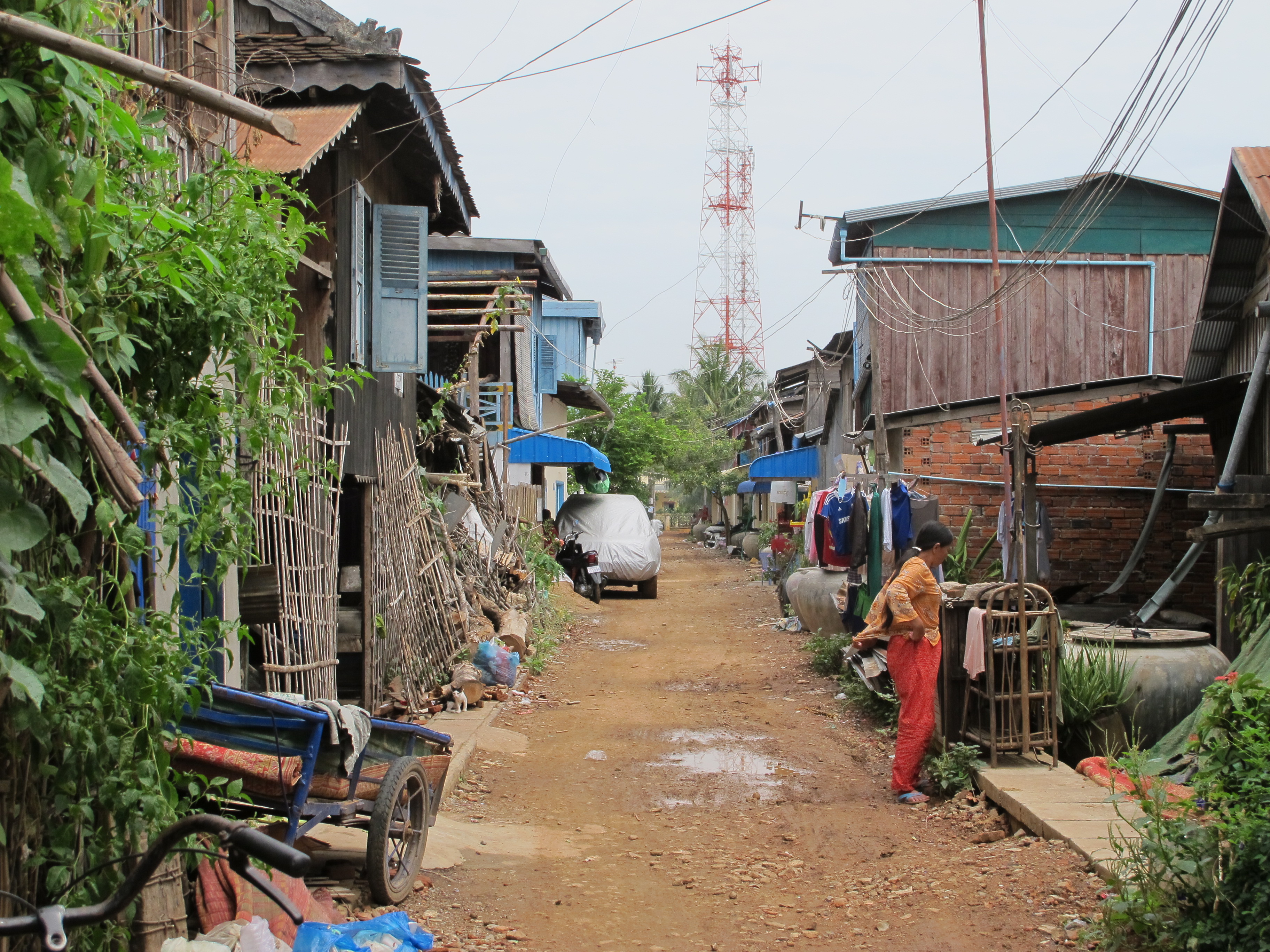 50 authorities from Prek Pnov district authorities, starting demolishing people’s shelters which were built on the banks of Boeung Tamok lake