We, the undersigned civil society organizations (“CSOs”), call on the Appeal Court to overturn the wrongful conviction of Mother Nature activists and human rights defenders (“HRDs”) San Mala, Try Sovikea and Sim Somnang as instigators to the offence of ‘threatening to destroy property accompanied by an order’ under Articles 28 and 424 of the Cambodian Penal Code. They were convicted by the Koh Kong Court of First Instance on 01 July 2016. Their appeal will be heard on 31 January 2017.

Following a familiar pattern, the HRDs were arbitrarily denied bail following their arrest on 17 August 2015, and spent ten months and 15 days in pre‐trial detention before the remainder of their 18‐month sentence was suspended. They were also fined 2 million riel (USD $500) and ordered to pay unwarranted compensation of 100 million riel (USD $25,000) to Direct Access, the sand dredging company that filed a criminal complaint against them.

The convictions relate to the events of 26‐28 July and 12 August 2015, when the Mother Nature activists supported the local community in Andoung Teuk to protest on‐going sand dredging. This is a lucrative export trade which has caused extensive damage to the environment and livelihoods of local communities in the Koh Kong region, and the Royal Government of Cambodia (the “RGC”) has since claimed to have suspended sand dredging in the province,] largely stemming from Mother Nature’s continued activism.

The activists vehemently maintain their innocence and strongly deny making or instigating any threats to destroy property. At trial, evidence against the activists clearly failed to meet the standard of proof required for a conviction. This was based on inconclusive video clips and contradictory witness statements, many of which emanated from individuals who were not even present at the protests, and others from individuals affiliated with the dredging company. Moreover, the charges were suddenly changed at trial to characterize the activists as “instigators” rather than principal offenders, despite no other person being convicted or even investigated for the underlying offense. This sudden change violated their right to adequate time to prepare a defense, in a further violation of the activists’ fair trial rights. In addition, the unjustified and arbitrary nature of the activists’ lengthy pre‐trial detention, in acutely overcrowded and unsanitary conditions, violated the presumption of innocence, along with their right to liberty, as protected under domestic and international human rights law. Further, powerful exculpatory evidence was not given due consideration by the court despite its ready availability, suggesting that this was a politically‐motivated prosecution.

If the RGC’s recently‐stated commitment to reforming the sand dredging sector is to be taken seriously, these young environmental activists must be exonerated. Recent RGC statements have acknowledged the problems of the past. Prime Minister Hun Sen has called for authorities to crack down on the illegal extraction of natural resources, and for improvements to law enforcement, while Minister of the Environment Say Samal stated that “youths are the core force which could encourage the public to participate in the effort to protect the environment and prevent the destruction of natural resources.” If such statements are to have any substance, however, young environmental defenders such as San Mala, Try Sovikea and Sim Somnang must be lauded and protected, rather than subjected to judicial harassment.

Mother Nature has been at the forefront of exposing failures in the governance of the sand dredging sector in Cambodia, and the authorities have recently indicated a willingness to work with civil society to tackle the enormous issues plaguing the sector. Following sustained civil society efforts, on 02 November 2016 the Ministry of Mines and Energy (the “MME”) announced it had “taken steps to temporarily suspend the issuance of new licensing and sand exporting by companies by requiring companies to provide documents that are necessary to strengthen our effectiveness in controlling the sand businesses and sand exporting”. On 24 January 2017, MME spokesman Chhe Lidin reportedly recognized the need to “reassess and improve the whole process altogether”, further stating that the
ban on sand exports would remain in place “until a new process is set using multi‐stakeholders approach”, indicating a desire to cooperate with civil society to reform the sector. Further, the MME has accompanied CSOs on joint fact‐finding missions to investigate claims of illegal sand dredging, where officials assured affected communities that no illegal dredging would occur in future. While the RGC’s stated willingness to cooperate with civil society is to be welcomed, it must be based on the encouragement, rather than punishment, of grassroots environmental activism.

San Mala, Try Sovikea and Sim Somnang are not criminals; they are brave environmental defenders who have made enormous contributions to protecting Cambodia’s precious natural resources – for the benefit of all Cambodians, and future generations. In retaliation for their activism, they were convicted on politically motivated charges, which must be overturned. We call upon the Appeal Court to correct the flawed decision of the Koh Kong Court of First Instance by overturning this wrongful conviction. 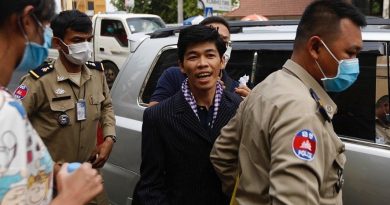 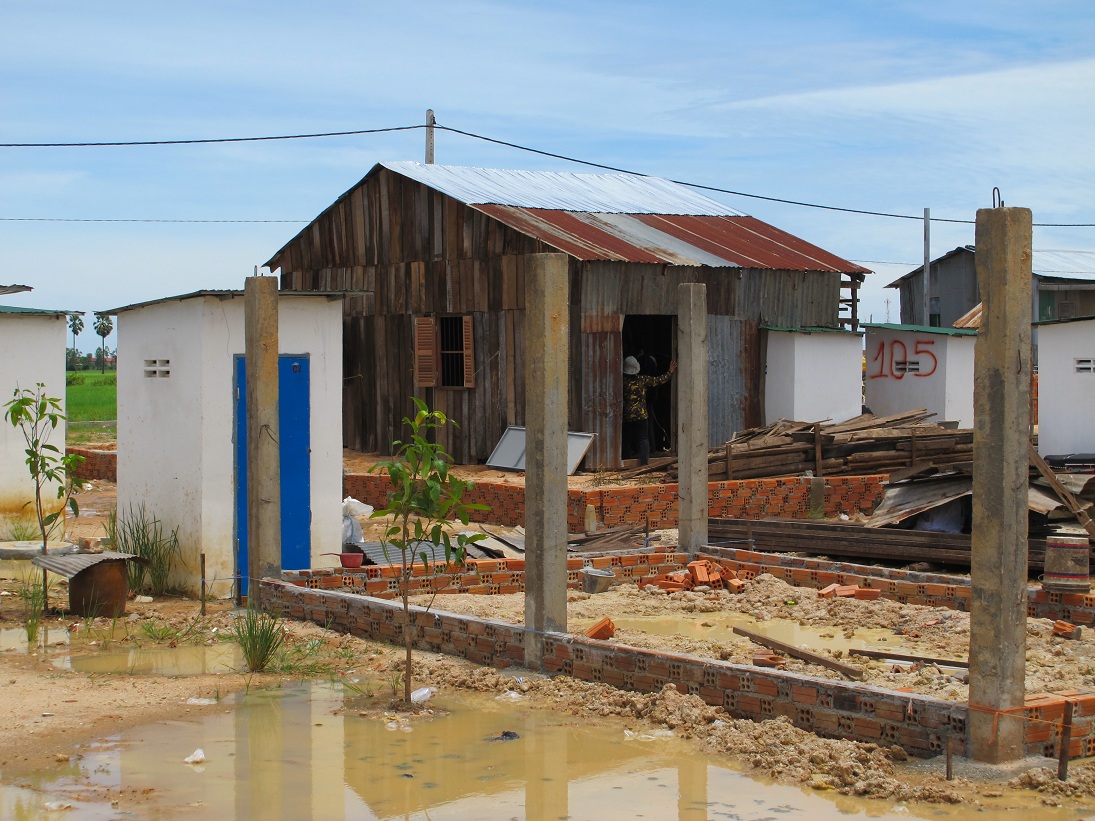 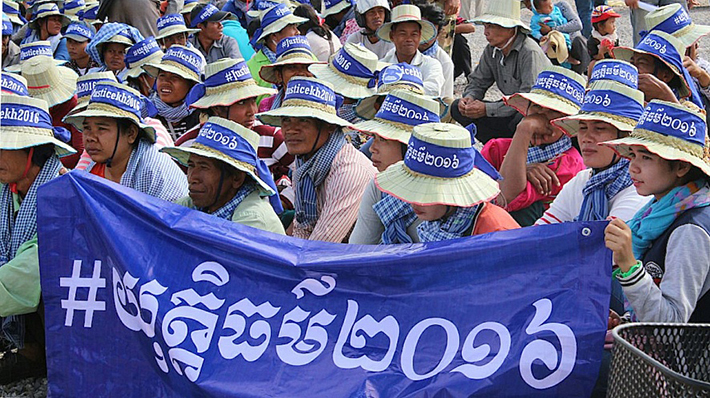 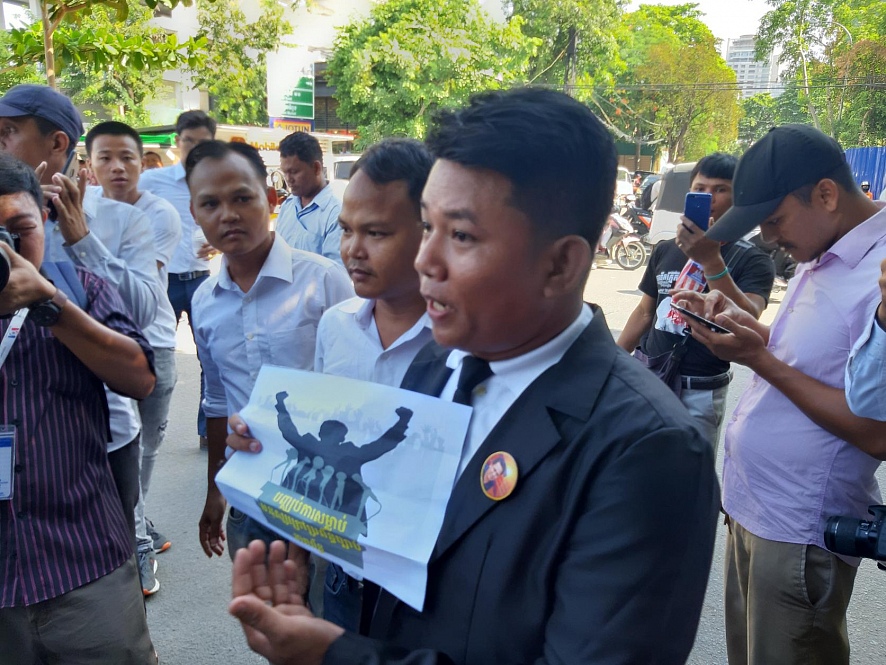